About My Friend Herman

I lost one a good friend of mine Herman Chang, one of a nice, kind, caring and humble person I ever knew.

I send message via BBM to one of my friend, Jose.. (I know very well how he feels toward Herman) who treats him as his younger brother, but no responded; I called him, but no answered too.


I remember how we used to spend time with coffee at Dunkin, almost every day during lunch time.. talking about dreams & goals. We also talked about how to be a good person, how we should care & sharing knowledge to others.

He's the one who introduced me to the internet world that has changed me a lot since then.

When he started his new business DGtraffic.. he's kind of a busy man :) We didn't see each other much since then.. I think the last time I saw him was a year ago at Dunkin, when he stopped by for a while, before his next meeting appointment after lunch. I knew how passion he was with his Google AdSence, cause we talked about it too.

But.. we still communicate once a while via BBM, he even told me by himself about his health and how's doing in KL. Since I don't know how his condition at anytime, so I told him to 'ping' me every time he wants/likes to.

One or two weeks ago, he BBM & told me that he's in recovery stage. I was so happy to heard that; and wished him to get well soon. Never a cross my mind he'll gone this soon.

Herman Chang, A young man with a spirit of success, yet still care about friends & others; with his warm smile always welcome for friendship, and with his humble heart always willing to help others as far as he can.

His last posting on his facebook wall:
Kita hanya 'pengelola' didunia ini, bukan 'pemilik'. Lahir dan mati tidak membawa apa-apa.
We're only a 'manage' in this world, not the 'owner'. Birth and death does not bring anything. 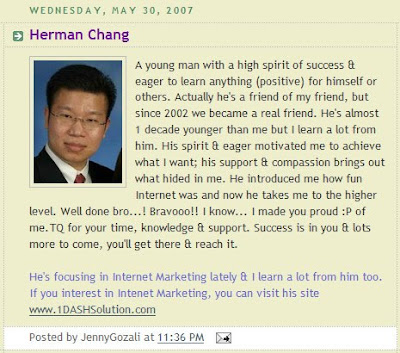 RIP my good friend & brother.. you're in a heavenly land now.
One by one.. Only the Good die young.. They're only flying to close to the sun.. We'll remember - Forever..

Posted by JennyGozali at 8:12 AM No comments: 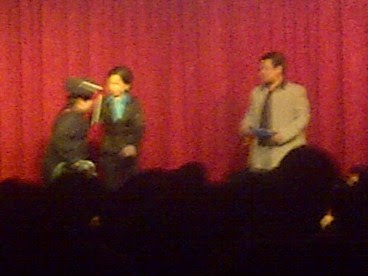 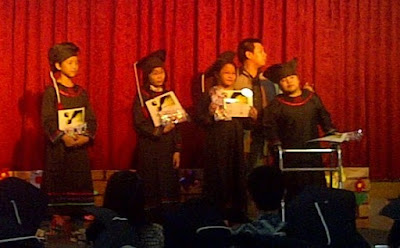 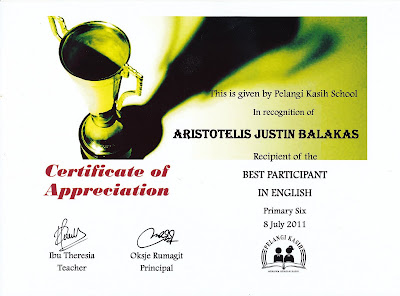 Posted by JennyGozali at 1:34 AM No comments:

My Mind & His Way

There are many things going on in my life lately and I have been thinking really hard as well.. hehehe..

To be honest.. there is one thing that I don't really pray about.. I just get along with what's going on; once a while it came across my mind.. what I want.. what I hope.. what I dream.. but again.. I didn't really pray or ask for it.

Although It's kind of a difficult choice.. but I try to see what is the purpose behind this.. with a little naughty thought.. damn.. I should pray for it specificly hehehe.. But I learn from it & I don't wanna make the same mistake.. so I finally pray for this. I wanna make sure if it's really from HIM.

Lord.. you know what best for me.. let me able to recognize Your voice.. so I'll know which way I have to take.. & give me strength to do so..

Then I wondered.. how do I recognize God's voice.. I told you, I don't wanna mess up this time, so I really.. really.. bring HIM along.. :D

Amazingly, few days later, I got lesson from Rick Warren about.. "How to Recognize God's Voice" hmm.. then followed with "Don’t Be Distracted From Your Purpose" and today.. "God Can, Even Though I Can't" - In today daily hope Rick Warren also mention "God wants you to start taking steps toward your destiny. Ask him to teach you to hear his voice and then believe that he will guide you through the decisions and details of your life." oh boy.. oh boy...

Is this coincidental, I don't think so..

Even for the thing that I thought will be hard & tough.. where I need to have extra preparation for the words & moment.. He made it so easy.. unbelievable; but that my Lord.. He can do anything.. beyond our thought.

There are some more issue I have to deal with; but if this is real from Him & His purpose.. I do believe it.. He will make the way.

Posted by JennyGozali at 11:28 AM No comments:

On Friday.. secretly someone told me that there will be a simulation for fire evacuation on Monday, but no one knew what time it might happen. I just inform them, there will be a BOD meeting around ten so make sure they do it after that.

On Monday.. March 15, 2010. Secretly again.. hehehe.. I heard it will happen after lunch.. around 3 o'clock. Since I know about this.. I carried my mobile at anytime & some cash in my pocket.. just in case I want to buy something down there.. :)

After lunch, when I was about ready to go to the restroom.. I saw one of my staff, with worried face, ran to tell her friends to go out from the building; and the rule.. by the stairs.

Opps.. in my mind: is it the time.. oh.. shoot.. I need to go to the restroom badly.. well it's only a simulation.. I better go first.. Can you imagine.. while people were so panic.. and I still thought about restroom.. well I need to.. I have to take care of my business to avoid my suffer.. hehehe..

I saw lots of worried faces while going down by the stairs.. some of them even brought their bag.. "Jen.. you don't bring your bag?" someone asked me.. "No.. No time to take it, I was from the restroom." I was trying to be a good actress.. qiqiqi..

That stairs.. seem so long & still tiring.. even after the second time. I remembered back then, in 1997, when there was an earthquake.. I also had to go down by the stairs, the different was.. back then.. I carried my 2nd baby in my tummy.. :D

Finally.. I landed safely in the ground floor.. with shaky-shaky feet.. hehehe.. Panic faces everywhere & wondering eyes looking for answer.. what actually happen. I was still being a good actress. They guided us to one place.. and when the mineral water were given to us.. then.. people figured out that was only a simulation.. ha..ha..ha..

How do they took it..? Not really sure.. but I knew for sure, they will have some story to talk about at least for couple days.

After a while, we have to go back to our place & so crowded; with cash in my pocket.. I decided to go to Dunkin Donat, across the building, first; to have some cold drink and guess what.. I was not the only one, some of them already there before me. Great..!!

What an experience ah; eventhough, I knew from the beginning it was only a simulation, but I already decided to participate.

Something that I hope it will never happen in a reality.. but at least I knew how it feel. Nothing to lose anyway.. although, the pain in my legs last for 3 days.. but no regret at all.

My work place was restructured.. some of the staff were moved to other departments and we are under new boss too (2 level above me) :) Since only about 18 people left, including me, so we have to renovated our office space, put them all together in one room from 3 different rooms.

The good thing was.. my new boss trusted me & gave me responsibility to design that room.. Wow.. How I took it..?! Glad.. I'm so glad.

To be an Architect was my goal when I was young; although I ended up study business, but the passion is always there.. After my own house.. this little project can bring my architect instinct to a reality again..

My concept was simple.. I want the room to have enough sun-light, nit, comfortable, friendly.. and most of all.. my staff can have their own privacy.. :)

Finally.. It's come to a reality.. it's all done satisfiedly.. My staff are happy with their new place & space.. and make other staff from different department jealous.. qiqiqi.. 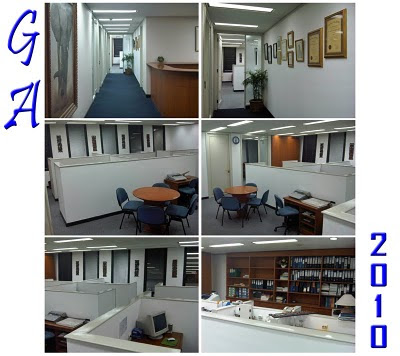 Posted by JennyGozali at 10:51 PM No comments: 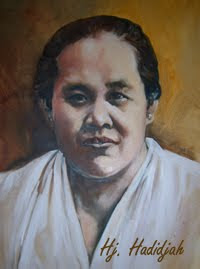 I miss you grandma...
I’ll see you again in heaven.
Posted by JennyGozali at 5:24 AM No comments: